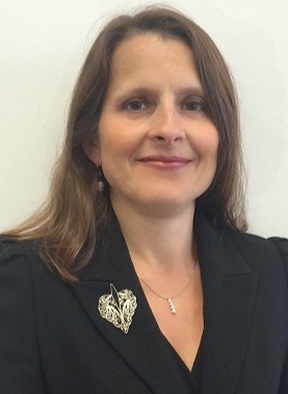 Laura joined Lewis Nedas as a consultant in 2007, having previously been a founding partner in a successful criminal defence practice.

Qualified as a solicitor in 1993, Laura’s background is in criminal defence work. She was a duty solicitor at courts and police stations for over 20 years from 1994 until 2017 and has considerable experience of handling the whole spectrum of criminal offences including murder, drugs and sexual offences. Prior to joining Lewis Nedas, Laura spent six years as a partner in her own firm, Saunsbury & Co, a specialist criminal defence practice with an excellent reputation.

Having taken up shooting as a hobby, Laura began to develop a professional interest in firearms law. Over the past 15 years Laura has built a niche practice specialising exclusively in firearms licensing law and associated areas. An enthusiastic advocate of the shooting sports, Laura has in the past tried her hand at most types of shooting and has particularly enjoyed practical pistol and practical shotgun, as well as clay pigeon shooting. Laura can therefore bring practical understanding as well as her legal expertise to cases involving firearms law.

Laura gives advice and representation to individuals, clubs, and registered firearms dealers in relation to firearms licensing and also criminal offences involving firearms. Laura receives regular referrals from national shooting organisations such as the Clay Pigeon Shooting Association, the Sportsman’s Association, the Country Land & Business Association and the Gun Trade Association to advise and represent their members throughout England and Wales.

In addition, Laura is regularly instructed to defend investigations and prosecutions brought by the Health & Safety Executive against businesses involved in the manufacture and supply of firearms, explosives and bladed weapons. Her work in this area includes defending fatal accident investigations. She likewise deals with challenging HMRC seizures of such items via condemnation proceedings.

In 2009 Laura was appointed as Honorary Solicitor to the Clay Pigeon Shooting Association, the governing body in England for the sport of clay target shooting, due to her ability to give expert advice to the Association and its 24,000 members. Since 2015 Laura has also held the position of Honorary Solicitor to the Deactivated Weapons Association, the UK trade body for dealers and collectors of deactivated weapons.   Laura was also consulted by the Law Commission in 2015 as part of their comprehensive review of the law relating to firearms and proposed reforms, some of which have now been incorporated into the Policing & Crime Act 2017.

Reported cases in which Laura has been involved include;

A number of trials of Laura’s clients have received considerable coverage in the national and local press, including the prosecution in 2016 of a fireman who was one of the country’s most well-known collectors of militaria and had a small museum in his garage at his home in St Albans.  His case was featured in an episode of the BBC Countryfile programme in December 2015. Laura’s careful preparation on the case and selection of expert witnesses was instrumental in securing her client’s acquittal on the vast majority of the charges.

Other cases which were unreported but brought as test prosecutions and have informed police firearms licensing policy nationally include;

The majority of Laura’s cases are privately funded or though legal expenses insurance. While Laura no longer undertakes publically funded work herself, she has experienced colleagues who can provide an excellent Legal Aid service. 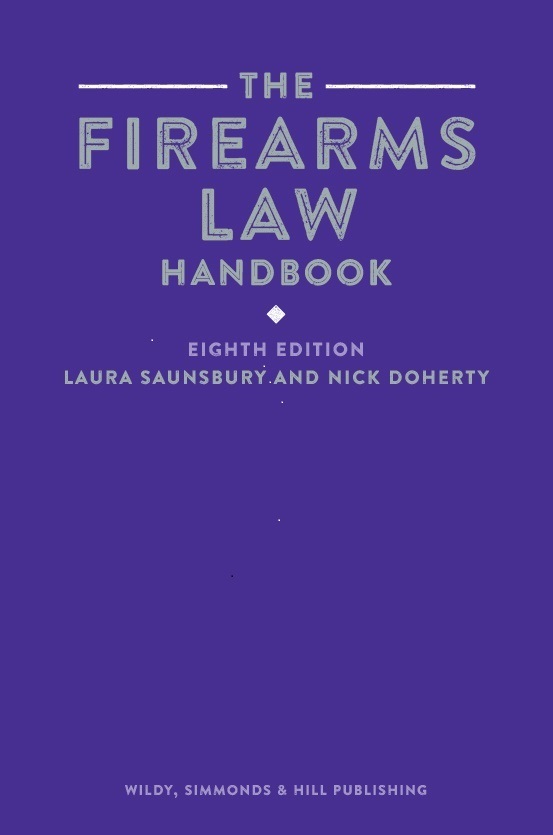 Laura co-authors “The Firearms Law Handbook” together with leading firearms barrister Nick Doherty, published in 2011, and then substantially revised and expanded in 2019. This latest edition was published by Wildy, Simmonds & Hill Publishing and has received excellent reviews from the shooting and legal press.  The book is widely recognised as the leading work for lawyers, the Police and the public regarding firearms licensing law in Britain.

Laura also presents legal training webinars and seminars for MBL to other lawyers on firearms licensing and criminal offences involving firearms.  in addition, Laura writes articles for newspapers and magazines, and gives broadcast interviews on radio and television when asked to provide expert commentary on firearms law. She is a regular contributor to the CPSA magazine “Pull!” and was herself profiled in the April 2017 issue of the magazine. Read some of Laura's recent articles here:

"Consultant and head of firearms law department. Laura gives advice and representation to individuals, clubs and registered firearms dealers in relation to firearms licensing and also criminal offences involving firearms. Laura receives regular referrals from national shooting organisations such as the Clay Pigeon Shooting Association, the Sportsman’s Association, the Gun Trade Association, the Country Land and Business Association, etc to advise and represent their members throughout England and Wales. Reported cases in which Laura has been involved include R v David Evans (Ct of Appeal) [2006] EWCA Crim 8 (re mandatory minimum sentence for prohibited firearms introduced shortly before that). Other cases which were unreported, but brought as test prosecutions and have informed police firearms licensing policy nationally, include R v JC Ltd 2010 (re selling of shotgun ammunition by mail order) and R v W 2010 (re definition of ‘rifle’ and types of firearms which can be held on a club firearms certificate)."

Laura Saunsbury has been cited as a notable lawyer by The Legal 500 2022 Edition. Click here to see Laura's Legal 500 profile in full.

In 2015 Laura was shortlisted by the Law Society in their annual excellence awards for the Solicitor of the Year in Private Practice award, a fantastic achievement for such a niche area of law.

In 2019 Laura was made a life Vice President of the CPSA in recognition of her service to the Association and its members over the past 10 years.

Laura is a fluent French speaker. She enjoys getting out in the countryside, whether its to go shooting, skiing or for long walks with the family.

“Thank you so much for your assistance in all of this, Laura, we were very impressed with the work you put in on my behalf. Prior to your involvement we really did think there was strong chance I would not be getting my guns or certificates back, and had it not been for you, I don’t believe I would have got them back. Having you on board has been amazing.”

“When it comes to firearms law Laura Saunsbury and Nick Doherty really are a dynamic duo. The outcome was nothing less than I had expected from them. They deserve the reputation they have earned themselves in this complex area.”

“Dear Laura, Thank you for your excellent letter to Jenny. We were both overwhelmed and uplifted by its content. You always produce surprises and warm the heart, going for the extra mile all the time. It is very much valued and appreciated. We both said that you are the first legal person in this sorry mess to get to grips with the situation and address it with vigour, energy and determination. You have treated me with respect and I have never felt judged in that process. You have helped restore my self esteem, have learnt things about myself in the process, building my confidence and lifted the burden I was feeling.”

“We obviously got the best team of firearms lawyers in the country. I can’t thank you enough; you don’t know what you’ve done for me and my family”.

“Laura provided me with the concise expertise and specialist knowledge required in my appeal against the refusal of a shotgun certificate. Her approach was detailed and professional whilst being extremely empathetic and approachable. She understood my situation immediately and assisted me in obtaining the correct character references required and the presentation of evidence. The case was dropped and my certificate issued following expert intervention from Laura”

“I can't believe after all this time it's officially over. So in conclusion I would like to extend my warmest thanks to both you and Nick Doherty for all of your hard efforts in sorting this awful situation. I have and will continue to recommend your services to anyone who asks as I believe you and your team have worked tirelessly on my case with an eye on my budget. I have felt you have given of yourself in real terms to help me and watching Nick work in court was a wonderful experience.”

“I truly believe without Laura and my barrister Zeena Begum I would have lost my case. So happy and relieved they got justice for me”

“You and Nick are certainly the most knowledgeable and qualified in this field. You have both been brilliant in your support and efforts in my case. Thank you so much for caring and all your hard work.”