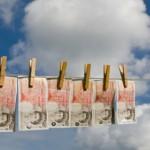 Money laundering is a rapidly expanding area of law which affects individuals, professionals and businesses alike. It is a particularly serious financial crime that has resulted in a complex legal framework and increasing multi-agency co-operation towards investigation and prosecution. Not only does the offence attract severe penalties, but the law also places positive obligations on organisations to have systems and controls in place to mitigate money laundering and report suspicious activities to the prosecuting authorities.

Even the most experienced, prudent professional or businessperson can unwittingly become a conduit for money laundering. The provisions of the Proceeds of Crime Act (POCA) 2002 and the Serious Organised Crime and Police Act 2005 have extended these situations, and HMRC and the FCA have increasingly draconian anti-money laundering requirements that can result in penalties and prosecution if they are not met. This is very important, as an investigation into money laundering or a failure to report suspected money laundering can have significant consequences for your professional/business’s reputation, your financial situation and, should criminal prosecution follow, your liberty.

If you are the subject of an investigation into suspected money laundering, contact Lewis Nedas today. Our team of experts can also advise you on your existing anti-money laundering systems, can help you and your company set up controls with the latest cutting edge advice and ensure that you avoid non-compliance penalties and prosecution.

What is Money Laundering?

Money laundering is a criminal process of changing the illegal source of property to make it appear legitimate. It normally involves the introduction of illegally gained property into the financial system under the guise of a legitimate company’s assets. These assets, which can include many different forms of property including money, land, buildings, technology and intellectual property, may then be used as part of a legitimate business operation.

In the UK, money laundering is primarily regulated under the Proceeds of Crime Act (POCA) 2002 and the Money Laundering Regulations.

The EU is also in the process of introducing new rules to update the anti-money laundering directive, which is likely to include a requirement for all EU countries to put in place new central registers listing information on the ultimate beneficial owners of companies.

There are three main money laundering offences under the POCA:

The alleged offender must know or suspect that the property constitutes or represents a direct or indirect benefit, in whole or part, from criminal conduct. However, an offence will not be committed if an authorised disclosure is made before money laundering occurs.

Under the POCA it is also a criminal offence to fail to disclose money laundering offences in the course of business under the suspicious activity reports system, or to fail to disclose a suspicious activity report (SAR) to the NCA’s UK Financial Intelligence Unit (UKFIU) when it has been made. It is also an offence to let a customer or third party know that their activities have been reported.

The offences relating to the failure to report suspected money laundering, as well as the three main offences listed above, also apply to property that is likely to be used for the purposes of terrorism.

Anti-money laundering obligations are also imposed on regulated financial businesses through the Money Laundering Regulations. These apply to a variety of businesses and professionals, including financial institutions, credit organisations, accountants, lawyers, estate agents, trust or company service providers and casinos, and include the duty to:

It is one of the roles of the FCA to regulate and supervise compliance with these anti-money laundering obligations, and they will take enforcement action if non-compliance is found.

Since the Proceeds of Crime Act 2002 came into force, it has been applied by both the authorities and the Courts in a draconian manner (for example the approach taken by the Court of Appeal when considering the low threshold of proof which the authorities have to meet, in their various decisions in 2008).

Not only do our money laundering defence solicitors have the experience when dealing with these cases because of our long history dealing with serious organised crime and fraud, but additionally we offer a tenacious, pro-active, cutting edge approach to this area which has meant that we have been involved in the vast majority of the larger prosecutions and that we get results.

Three of our team have represented dozens and dozens of clients affected by Operation Rize (the seizure of 7,000 safety deposit boxes in London by SOCA in June 2008); we have secured the prompt return of the vast majority of our clients’ property and have represented those facing criminal proceedings, civil restraint and tax investigations with success.

Please refer to our case list to see some of our successful results in this field.