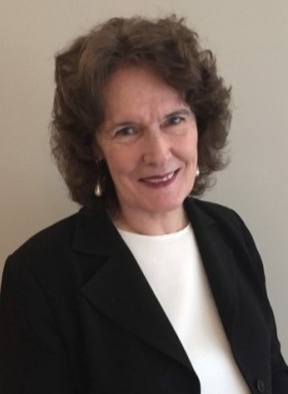 Fiona is a Fellow of the Institute of Legal Executives, and has been working within the legal profession for over 25 years

She has a wide range of experience within the field of criminal defence, and her calm, kind, and sympathetic demeanour in tense and difficult police interviews is particularly effective. It also belies a steely approach with the authorities when the case demands it!

Largely as a result of government cuts and a clampdown on benefits, the authorities have focused on fraud investigations amongst benefit claimants. These investigations are particularly stressful and frightening for the claimant. Additionally, the authorities often misunderstand the very complex area of benefits and, frankly, often come up with figures that are wrong. Fiona excels in this area, and has the ability to diffuse the situation quickly and come to fast and effective resolutions, which means that her clients are rarely prosecuted for such offences.

Fiona has defended all types of extradition proceedings, including European warrants and extradition warrants from non-EU countries worldwide. She works closely with carefully selected specialist extradition barristers, and has been very successful in this field.

Another difficult and often emotionally fraught area, which demands Fiona’s wise and mature approach. She has dealt with every type of sexual offence very successfully, including a high number of historic allegations.

R v SG - 2 x counts of indecency with a girl under 14 (stepdaughter), historic allegation - acquitted on both counts.
R v F – 5 x counts of sexual assault of a co-worker at the London Borough of Camden Office - acquitted on all 5 counts.
R v R - 12 x counts of sexual offences against stepdaughter including rape and attempted rape, plus 5 x counts of indecency and 3 x counts of sexual activity with a child - acquitted on 10 x counts, jury hung on 2 x counts (prosecution wanted a retrial on those but the judge stayed the proceedings on the grounds that he would not have a fair trial).
R v Z - sexual assault in cab (he was a cab driver) - hung jury then convicted at retrial.
R v M - numerous counts on former wife; she had serious mental health problems and virtually collapsed on the first day of trial, so case was abandoned.
Additionally, Fiona is has developed a particular expertise when dealing with criminal defendants suffering from dementia (often a factor in historic sex offence allegations). Interestingly and very recently, when acting for a defendant who was described by the NCA as having a leading role in a multi-defendant international drugs trafficking prosecution, Fiona noticed changes in his behaviour which she quickly recognised as signs of early onset dementia. Working closely with Martin Lewis of Counsel, she instructed some of the country’s leading experts to assess him and prepare reports for court. After a finding of fact that the defendant committed the offence (which was based on NCA bugging and recorded evidence), the defendant was sentenced to four years’ imprisonment, whilst his co-defendants (represented by other firms) received sentences of between 16 and 20 years.

“This communication is in relation to your colleague Fiona Grandy and her genuine, pleasant and professional support of me over the last week. Since Fiona rang me last Friday re an allegation of assault by a female, Fiona has assisted me from beginning to end, by contacting the Police station at Lewisham, advising me, attending the meeting with the Police yesterday afternoon for an interview at 14:00 hours and being a legal foundation for me. Thanks a million for the exceptional service via Fiona Grandy, it has been a pleasure to meet her and to (once again), receive an outstanding service from Lewis Nedas Solicitors, no doubt one of the top solicitors in London.”