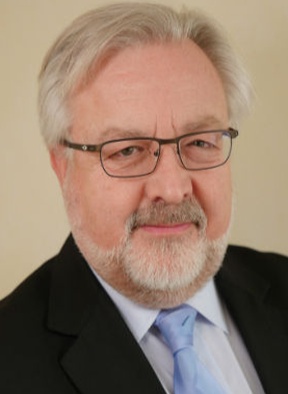 Paul was admitted in 1980. He was trained at TV Edwards, becoming a partner in 1988. In 2006 he joined the Business Investigation and Governance team at IBB in Uxbridge as a partner.

He joined the successful criminal team at Lewis Nedas Law in 2013. He is a member of the London Criminal Courts Solicitors Association and the Proceeds of Crime Lawyers Association.

Paul is a specialist in serious and complex crime, with expertise in conducting white-collar and very high cost fraud matters and other sophisticated criminal cases and investigations. He has considerable experience in bribery and corruption compliance and investigations, money laundering, asset confiscation and restitution, tax and VAT prosecutions and SFO/SFA investigations and prosecutions, representing both individuals and corporations.

He has been an accredited fraud supervisor of the Legal Services Commission Specialist Fraud Panel since its inception and holds higher rights of audience for criminal cases.

He also has experience in acting for large multinationals upon allegations of price fixing brought by the SFO, has been involved in the corruption enquiry involving BAE Systems, and also has expertise in prosecutions concerning defence contractors under the Trade in Goods (Control) Order and associated legislation.

As well as his extensive experience in serious criminal matters, he is very successful the area of professional and regulatory proceedings, representing companies and individuals before Public Inquiries in respect of road transport and operators’ licences, as well as proceedings before the Magistrates and Crown Courts regarding road transport prosecutions, environmental cases and investigations regarding Health and Safety and he has represented members of the medical and optical profession before the GMC and GOC.

Extensive experience in a wide range of prosecutions relating to road traffic, with a particular emphasis on HGV related cases, including EU regulatory cases, all aspects of vehicle condition offences, drivers’ hours and tachograph offences, and breaches of regulations regarding Operator Licences.

Public Inquiries before the Traffic Commissioners Office, concerning all types of regulatory cases, and including all aspects of Operators' Licences, including:

Representing an individual on an inquiry into the provenance of high value promissory notes, standby letters of credit and medium term notes with a combined value in excess of £1.2bn.
Instructed in a case involving wrongful arrest by the police, including alleged breach of the newly introduced revisions to Code G of the Police and Criminal Evidence Act 1984.
Successful defence of limited company facing prosecution for transport prosecution based on careful interpretation of the contents of the summons.