What is a SOCPA Agreement & How Can it Help Me? – By Siobhain Egan 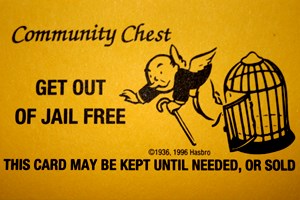 A SOCPA Agreement covers an arrangement made between a specified prosecuting authority such as the CPS or the SFO with defendants willing to provide assistance to them with a view to securing immunity against prosecution or a heavily discounted sentence.

The relevant sections with in the Serious Organised Crime and Police Act 2005 are as follows:

In truth though, there have a few SOCPA immunity deals, especially with the former SOCA (Serious Organised Crime Agency – now replaced by the NCA), and they have been very controversial because, as the press have highlighted, those who have faced serious allegations of fraud or organised crime have been given complete immunity and found themselves in the witness protection programme. However, very few individuals have been given complete immunity as a result of the public reaction.

The authorities are keen to promote SOCPA Agreements, in particular the SFO and City of London Police.

Alan Milford, General Counsel of the SFO, gave an important speech in September 2014 at the Cambridge Symposium on Economic Crime and talked openly and encouragingly about the use of these agreements.

What do I need to do in order to secure a SOCPA Agreement?

If you are facing prosecution for a serious allegation and are likely to be facing a serious term of imprisonment as a result, it may be worth considering a SOCPA Agreement. Either party to the prosecution can make the invitation to consider such an agreement. The EARLIER in the process that the invitation is made, the better it will be for the defendant.

First, find a lawyer who has genuine experience of negotiating such agreements. It is a difficult delicate situation, which, if it is to be successful, needs to be handled very carefully, and it requires trust and professionalism on both sides. There have been very few of these agreements recently, therefore only a handful of lawyers in the country have genuinely dealt with SOCPA Agreements. Check which cases they have dealt with before instructing them.

Understand what it is the specified prosecuting authority wants. Generally, it will be fresh information and evidence on aspects of the prosecution about which they are unaware; strong, accurate, admissible evidence implicating other defendants; or the location of hitherto un-located assets purchased with the proceeds of crime. The authorities will need some persuading and it pays if your lawyers are persistent, particularly as it is a decision that will ultimately be taken by a very senior officer.

The whole process can take many months, initially to persuade the authorities to listen to the proposal, and then when the SOCPA process begins.

Frankly, the prosecutors have the stronger hand throughout the process and will expect complete honesty about the defendant, so not just full admissions about the criminal prosecution in question, but about all aspects of any dishonesty or criminality committed in any aspect of the defendant’s life, whether the authorities know about it already or whether or not it could be attributable to the defendant.

It is also important to remember that if the authority is going to proceed to an initial scoping interview, it will have to calculate the time and manpower involved (and therefore, in these difficult economic times, the expense of a SOCPA Agreement), and as far as the forthcoming information is concerned it had better be good quality and completely honest.

There are stringent procedures put in place to maintain ‘sterile corridors’ between those officers conducting the SOCPA interviews and the investigating officers dealing with the main case. All dealings with the defendant will either be recorded by way of interview tapes or on documents, because some of the material maybe disclosable under the Criminal Disclosure Regime to the remaining co-defendants.

Initially, independent officers will embark upon the ‘scoping interview’, which will be recorded. At this stage, the officers will be weighing up the value and extent of the information which the defendant wishes to give. They will also be weighing up his/her motives for co-operation.

Then will come the ‘cleansing stage’, when it will be expected that the defendant comes to the authority with ‘clean hands’ i.e. full admissions of his/her involvement in this and any other criminality. This is a crucial stage of the whole process.

The officers will take time to consider what the defendant has told them and, if they are happy with and interested in what they have heard, they may offer a SOCPA contract for the defendant to sign. Be aware that the prosecuting authority has the right to withdraw that SOCPA contract at any time and for any reason.

Obviously, the defendant’s aim in this situation is to achieve the maximum sentencing discount because, as stated, full immunity from prosecution is remote.

It is possible in certain cases to achieve a reduction in sentence of 75% in those cases where the defendant has given maximum assistance, which may include willingness to give evidence or has actually given evidence against others.

SOCPA is quite clear - the defendant must enter guilty pleas at the earliest opportunity, i.e. at the preliminary hearing or at the plea and directions hearing. This depends on the complexity of the case and the efficiency of the prosecuting authority.

Ordinarily, a guilty plea attracts a sentence reduction of one-third. In addition, the sentencing Judge will then apply a further discount depending on the extent of the assistance given under the SOCPA Agreement.

There is some case law on the subject:

The role of the defence lawyer within the SOCPA Agreement process

The difficulty is that there is virtually no payment for the services of the defence solicitor, unless the defendant or a third party meets the lawyer’s fees privately, which probably explains why so few of these agreements have been pursued.

We have just successfully negotiated and completed a SOCPA Agreement in a very high profile SFO prosecution, which will undoubtedly result in a heavily discounted sentence.

The first thing to do is to demand that all documentation in relation to the agreement be served by the prosecuting authority and to scrutinise it carefully. Take immediate advice from your lawyers.

If we can assist with any of the issues raised within this article, please contact Siobhain Egan on 020 7387 2032 or complete our online enquiry form here.

ADDENDUM 09/10/2015:
The SOCPA agreement to which we referred within this blog resulted in a suspended sentence for our client, who was a former Director of Arck LLP. Both directors were sentenced at Southwark Crown Court on 9 October 2015; the co-defendant was sentenced to a term of imprisonment of 10 years and 8 months, our client received a sentence of two years suspended for two years and 300 hours unpaid work.