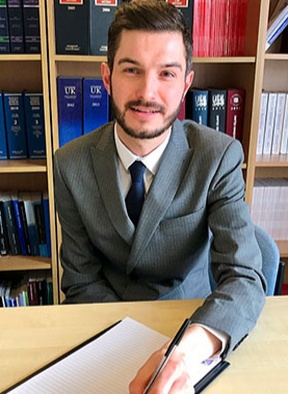 Trained and practiced as a solicitor at a Legal 500 firm in East London.

Adam has a growing media presence. He has contributed to radio show talks regarding current legal issues including police impersonation frauds and appeared on Talk Live radio to discuss the David Beckham speeding ‘scandal’. He has also spoken with documentary makers regarding issues with prosecuting cases, specifically forensics and disclosure issues.

Based at our East London office. Adam is an experienced solicitor with a significant client base in East and North London.

Tenacious and unafraid to challenge police decisions and decisions of the Court regarding bail, searches and the taking of intimate samples. Adam recently issued Judicial Review Proceedings against a Magistrates Court.

Adam is a tenacious and persuasive advocate and is well known and respected amongst the London Courts.

He has meticulous case preparation skills and leaves no stone unturned when preparing for trial. He regularly makes applications to the Court in order to challenge and undermine the Prosecution.

Adam has a keen interest in representing defendants from the LGBTQ community.

Celebrating our 30th anniversary in 2012, we are leaders in criminal defence, serious fraud, serious crime and many other areas of legal practice. We have been involved in many leading cases over the last 30 years and are well known for our genuinely high acquittal rate and overall success rate. Please click the Legal 500 logo below for more information about our rankings.